1 st Day – Pickup from Bandaranaike International Airport to Negombo.
On arrival you will be welcomed chauffeur, assigned to you throughout the tour. You will be transferred
to the dynamic fishing village of Negombo to begin your first day, where you’ll be introduced to some of
Negombo’s curious sites such as the Dutch churches perhaps take a boat ride along the Dutch canals or
enjoy the beach if the time permits.
Overnight Stay: A Hotel in Negombo.

2 nd Day – Sigiriya.
Located in the northern Matale District near the town of Dambulla in the Central Province, Sri Lanka.
The name refers to a site of historical and archaeological significance that is dominated by a massive
column of rock nearly 200 metres (660 ft) high. According to the ancient Sri Lankan chronicle the
Culavamsa, this site was selected by King Kasyapa (477 – 495 CE) for his new capital. He built his palace
on the top of this rock and decorated its sides with colourful frescoes. On a small plateau about halfway
up the side of this rock he built a gateway in the form of an enormous lion. The name of this place is
derived from this structure —S?h?giri, the Lion Rock. The capital and the royal palace was abandoned
after the king&#39;s death. It was used as a Buddhist monastery until the 14th century.
Overnight Stay: A Hotel in Sigiriya.

3 rd Day – Minneriya National Park.
The area was designated as a national park on 12 August 1997, having been originally declared as a
wildlife sanctuary in 1938.The reason for declaring the area as protected is to protect the catchment of
Minneriya tank and the wildlife of the surrounding area. The tank is of historical importance, having
been built by King Mahasen in third century AD. The park is a dry season feeding ground for the
elephant population dwelling in forests of Matale, Polonnaruwa, and Trincomalee districts.
Overnight Stay: A Hotel in Sigiriya.

4 th Day – Kandy.
After Breakfast head to Kandy. En route you will visit the much famed spice garden in Matale. You will
check in at your hotel on arrival and once you are rested, continue on to your tour of Kandy.
Kandy – The hill country capital is a UNESCO World Heritage Site that is famous for the Temple of the
Tooth which houses the most sacred religious relic, the tooth of the Buddha. The Kandy Lake built in
1807 and the Peradeniya Botanical Gardens are some of the key attraction points that elevate the
grandeur of the city.
In the evening you will visit the sacred Temple of the Tooth Relic. Thereafter enjoy the Kandyan Cultural
show at the Kandyan Arts &amp; Cultural Centre. The show features the graceful and rhythmic dancers and
drummers culminating in an impressive fire walking display.
Overnight Stay: A Hotel in Kandy.

5 th Day – Nuwara Eliya.
After breakfast leave for Nuwara Eliya En route visit the Peradeniya Botanical Gardens where a rare
collection of tropical exotic and indigenous flora including the famous Orchid House could be viewed.
The beautiful town of Nuwara Eliya, set in the heart of Tea country and situated 1890 meters above sea
level, is where the British succeeded in creating an English countryside with homes in styles from
Georgian to Queen Anne.
Overnight Stay: A Hotel in Nuwara Eliya.

6 th Day – Horton Plains.
The Horton Plains are the headwaters of three major Sri Lankan rivers, the Mahaweli, Kelani, and
Walawe. In Sinhala the plains are known as Maha Eliya Plains. Stone tools dating back to Balangoda
culture have been found here. The plains&#39; vegetation is grasslands interspersed with montane forest and
includes many endemic woody plants. Large herds of Sri Lankan sambar deer feature as typical
mammals and the park is also an Important Bird Area with many species not only endemic to Sri Lanka
but restricted to the Horton Plains. Forest dieback is one of the major threats to the park and some
studies suggest that it is caused by a natural phenomenon.
Overnight Stay: A Hotel in Nuwara Eliya.

7 th Day – Kithulgala and Colombo.
After breakfast leave Kithulgala a small town perched on the hills that slope down to the flowing waters
of the Kelani River. The main attractions include white water rafting, trekking and the Kelani Forest
Reserve a popular bird watching location. Enjoy a thrilling day of white water rafting.
In the afternoon leave for Colombo. Check in at you hotel on arrival. After some well-deserved rest you
can drive through the commercial and city centre known as the &quot;Fort&quot;, built by the Portuguese in the
16th century where grand colonial era buildings stand alongside modern office structures. See the
vibrant markets and bazaars of Pettah, and the National Museum with its fine collection of lovely
antiques and art of Sri Lanka. You could visit a Buddhist temple and a Hindu Kovil to experience the
diversity of religion, ethnicity and customs of the people. Alternatively you may indulge in some
shopping.
Overnight Stay: A Hotel in Colombo. 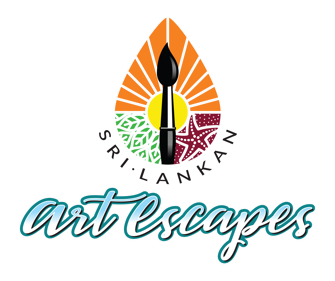